You asked for it, you got it! ROTW is back – with new questions, new friends – and some old ones, too. If you’d like to get involved, DM me @kframpton and we’ll see what we can do.

In September of last year, our friend Monish was featured in only the second ROTW piece, and I’m glad to say that the United-mad group from Hyderabad have sent along some new pics and have answered this season’s version of the questionnaire.

Hello, I’m Prathik Rao from Hyderabad, India. I am 24 and have been following football and Man United since 2002.

Which current squad member’s game reflects the way that you play football [or would if you did?]. [We hear that Prathik is a lethal striker, himself!]

One thing I guarantee on the pitch is goals, hence I would say Zlatan. Zlatan always scores.

Who is one past player that you’ve never seen play that you’d like to have seen?

The one player I always wanted to watch live in a United shirt was Eric Cantona. He was vital for the Reds under the Ferguson revolution – the missing piece of the puzzle.

What is your favourite MUFC match?

There are a couple of games that stand out like the Champions League final win at the Camp Nou in 1999, the 7-1 drubbing of Roma at Old Trafford & also the 8-2 demolition of Arsenal at home – but my favorite game would be the one we played at Goodison Park against Everton in 2007.

United needed to win to almost ensure the title but found themselves 2-0 down with 40 mins left. We managed an astonishing comeback, winning the game 2-4 and virtually sealing the title as Chelsea drew 2-2 at Bolton.

What made this game memorable was I was watching the game live and it was an emotional roller-coaster & truly signified the never say die attitude of the team under Ferguson.

What is the MUFC shirt that you like the most?

My favorite MUFC kit would be the 2005-06 jersey as it was my first United jersey.

What is something unique about watching the match in your country or with your mates from the local supporters’ club?

I am glad to that Hyderabad is one of the biggest official supporter clubs in the country. The screenings held here are just electric, with non-stop chanting and a lot of friendly banter too as we also invite other supporter clubs for joint screenings. 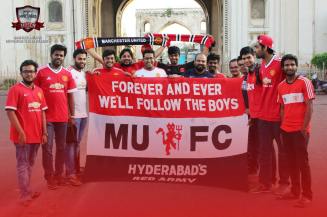 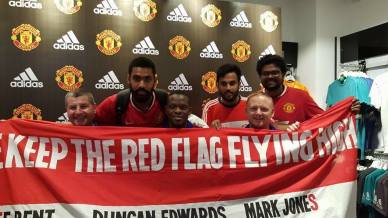 Do you run into supporters of other clubs? Which ones are popular?

Yes, we do run into other supporters of other clubs as I’ve mentioned earlier, we have a lot of joint screenings. Arsenal Hyderabad has become official this season, Chelsea & Liverpool also have a substantial fan base in the city.

What are your thoughts on the manager and the new signings?

I’m a huge fan of Jose Mourinho, he is a brilliant tactician & a proven winner – be it in Portugal, England or Spain, he has won it all. The signings we’ve made this season are just brilliant. Getting 4 world class players in one window without Champions League football speaks volumes about the club & the manager, with these 4 new signings & Jose as manager we can challenge on all fronts.

The signings we’ve made this season are just brilliant. Getting four world class players in one window without Champions League football speaks volumes about the club & the manager. With these four new signings & Jose as manager, we can challenge on all fronts. 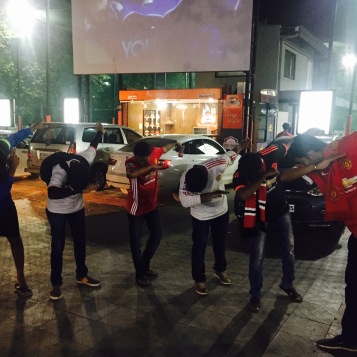 Yes, we would definitely win at least one trophy this season.

Man City are blowing teams away without dropping a single point & are favorites for winning the league but that being said, this is the Premier League things might change in no time – so I’ll keep my fingers crossed and hope City will drop points.

Even though we lost the opening game of the Europa League I still consider us to be one of the strong favourites to win it. I’m also optimistic about retaining the FA Cup title & we might also reach the latter stages of the EFL Cup. 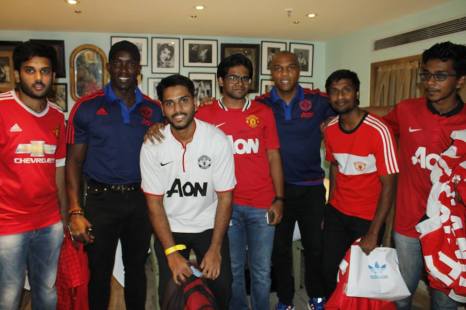 Who do you think will be our biggest obstacle to winning it all this season?

Our major obstacle as I said earlier would be Man City, they are demolishing teams with minimum fuss & are already playing like champions.