United notched their third win in the four post-Fergie opening fixtures, but the big story might just be a return of confidence and professionalism that has long been missing.

The result was also a reverse of the last time these clubs met at Dean Court – a dire 2-1 loss in December 2015 when the wheels of the Van Gaal regime looked to be coming off to stay.

It was truly a beautiful summer spectacle with the sun shining and the players seemingly happy to be returning to work.

Mourinho had a few surprises up his sleeve in terms of selection – such as a Fellaini/Herrera midfield and the decision to leave Mkhitaryan on the bench.

The lineup saw league debuts for MOTM Eric Bailly and the imperious Zlatan – whose display and general comportment led to the travelling support singing his catchy new song on repeat during the second half. Early signs are that this signing is delivering exactly what it was meant to – goals and swagger.

A tight first half saw United take the lead when Mata converted a horrible back pass in the Cherries’ back line. The irony of the little Spaniard scoring the first league goal of the Mourinho regime was not lost on many.

With twenty minutes of the second half gone, the Reds were three-nil up and cruising. The back line looked to be holding – with Bailly, in particular getting stuck in and the unusual midfield pairing looking more like Xavi and Iniesta than two of last year’s fringe players.

One concern would be the failure to close the match out without a clean sheet for David de Gea, but that could be chalked up to fitness as much as a lack of concentration. One still feels that another defender could still be on the summer shopping list or that the missing Chris Smalling may have made a difference in that department. 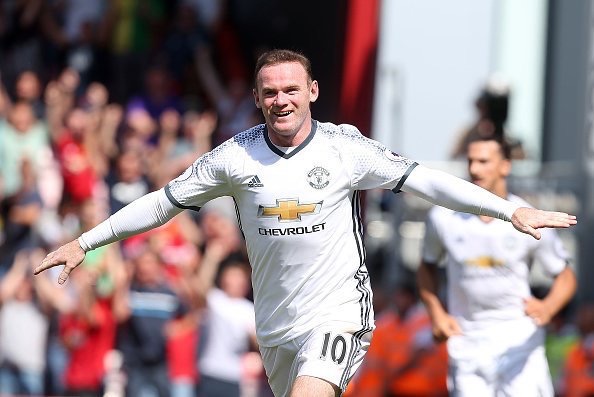 And then there’s Wayne Rooney.

The defiant skipper scored a goal and showed that he will work hard to create a cohesive attacking partnership with Zlatan. Those craving pace over guile in our attack would no doubt have preferred to see Jesse Lingard or Mkhitaryan – but perhaps this was a case of ‘horses for courses’ as much as it was one of early-season fitness.

The pacier left side of our attack – Shaw and Martial – arguably contributed less going forward in this one than the revitalized Valencia combining with the lead-footed Mata.

All individual exploits aside, it seems that the Mourinho effect is already taking hold.

The Portuguese has brought back confidence to some players who seemed lacking in it last year [Fellaini and Valencia come to mind immediately] and his demand for professionalism will only benefit some who need a sterner approach [looking at you, Memphis…].

But more than anything, I feel Mourinho and United will command more respect from our opponents than we have for years. It may not be crazy-fast all out attacking football – but, with the weapons we have at our disposal now opposing sides will hopefully not show up thinking ‘let’s have a go here’ as opposed to ‘we must be cautious’.

That in itself would be a huge step forward.