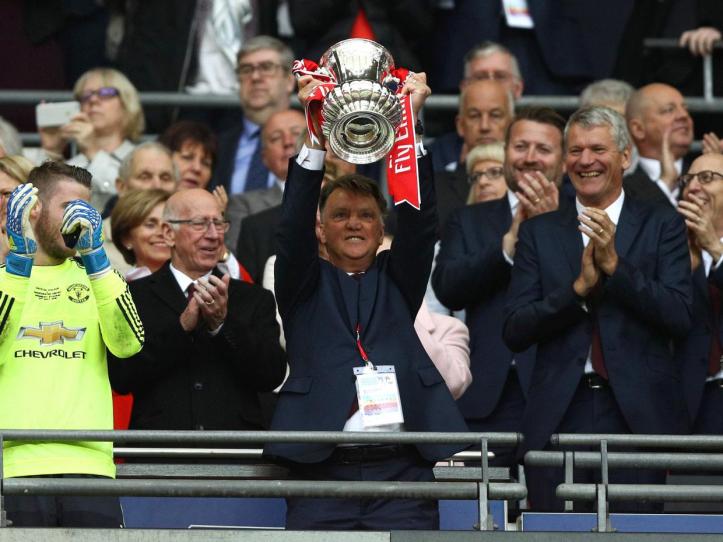 Manchester United stormed to an FA Cup final comeback on Saturday, displaying some traits that have long been a part of our history.

Sadly, though, what should have been an opportunity to let Louis van Gaal have the spotlight turned into an off-field farce that is now becoming as much of a United trademark as a late comeback or homegrown talent helping to win trophies.

The trademarks were all there – a starting lineup that defied previous form, some dour possession football and players not playing in their natural positions.

Throw in an avoidable red card, a barnstorming captain’s performance from Wayne Rooney and an inspired substitution that introduced youth product and match-winner Jesse Lingard to partner Anthony Martial and the last 75 minutes of that match had the lot.

No matter your take on LVG’s future, he surely did not deserve what came next.

Within seconds of the lads picking up their medals and parading the trophy we’ve all craved for the last three years the media – and surely someone behind the scenes – leaked the ‘news’ that the Dutchman was indeed going to be replaced by Jose Mourinho in short order.

The boss brought the trophy to his post-match conference and was promptly peppered with questions about his future by the disgusting UK media.

It did not go well.

What should have been a time to reflect on a triumphant cup run and let the man have some glory and maybe even a little dignity quickly turned into a circus.

And sadly, this is also becoming a part of the fabric at the Glazer’s ‘MUFC Inc.’. What was once a classy club, the one that many others strove to emulate has devolved into a laughing stock.

One can only hope that this isn’t the work of Jorge Mendes and Mourinho himself, as has been reported. Many supporters are already cold on the proposed appointment of the Portuguese as these antics seem to routinely trail in his wake. And much the same can said of super-agent Mendes, who many feel already wields too much sway at Old Trafford.

No matter what, we are now due for another action-packed week as the forces gather for what looks like LVG’s final chapter. The Glazer’s are in the UK, Mendes and Mourinho are allegedly en route and poor Louis still thinks he’s going to be in charge next year.

We deserve so much better than this after the last three years.

So, celebrate a famous victory. Raise a glass or two to the lads, and even the manager – for he has delivered our first-ever post-Fergie trophy. 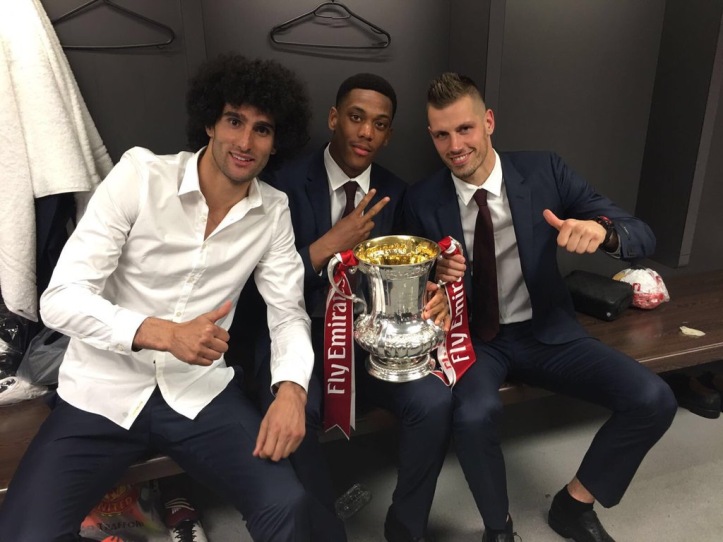 Then, get some popcorn going and settle in for what will be more than a few weeks of back-stabbing, boardroom shenanigans and insufferable transfer rumour bullshit.

There will be comings, goings, embarrassment, lies, deception and more. And all will detract that little bit more from what was once United’s sparkling reputation.

The countdown to the Charity Shield starts now…