It’s that time of the season where depending on how your team has fared you’re either looking back or looking forward to the summer.

For us MUFC supporters, we still have a Cup Final to look forward to – as well as an increasingly waning shot at the Champions League.

It’s been four wins in a row now since the humbling three-nil loss at Spurs. Believe it or not, it’s only the third time this campaign that we’ve managed this kind of streak.

If it’s to be five [or more], here are some features of our play lately that I’m hoping won’t change.

As he was making his way back to fitness, the question was being asked – who gets dropped to make way for the captain? The fear among a lot of supporters was that the answer would be Marcus Rashford.

Instead, LVG decided that the time was right to get more attack-minded [see point 2] and bring Rooney in as a central midfielder.

Wazza has responded with some above-average performances, showing a nice range of passing and the willingness to move the ball forward.

This has reignited the debate as to whether or not this move could be a permanent one, especially considering the promise of Rashford and Anthony Martial.

For months, the Dutchman has insisted on playing a dull 4-2-3-1 formation, prioritizing keeping the back door locked over playing anything resembling exciting or attack-minded football. 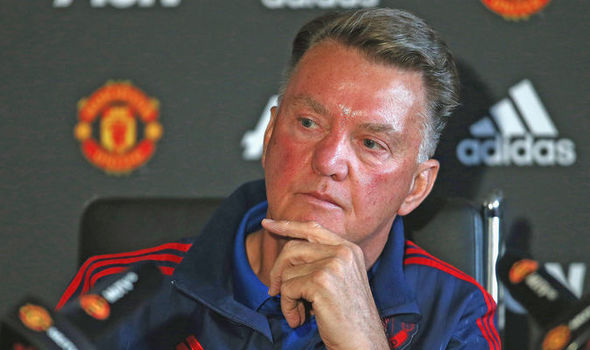 The result was the second-best defence in the Premier League [behind only Spurs] and a fan base who repeatedly have to chant ‘Attack’ at Old Trafford in order to remind Louis that we like some entertainment from time to time.

Cue a change to the 4-3-3, where we now only deploy one holding midfielder in an attempt to actually score some goals.

While we still don’t score by the bucketload, we’ve broken an eight-match streak where we scored one or less – and this has resulted in wins.

One can only wonder where we’d be if LVG had done this sooner.

The big Belgian has been a lightning rod for criticism, a scapegoat for recent transfer policy and the butt of many jokes since he arrived from Everton in a now famous panic buy.

But I still remember that glorious season of 2012/13 when he scored 11 league goals for Everton and powered my usually bottom-feeding fantasy football team to title glory.

His first United season was marred by injury and the two subsequent campaigns have seen Van Gaal struggle with where and when to deploy the big man.

Fellaini has only scored four goals this year, but boy have the last two been big ones.

Is it enough to save his Old Trafford career? That remains to be seen, but what other United player could go from ‘what, why is he starting?!’ to ‘no, don’t take him off!’ as fast as Fellaini can?

So let’s keep looking forward, and hope that these three things see us finish strong and lift that FA Cup!