As a teen, I grew up waiting for Friday night when I could watch not one, but two episodes of Monty Python’s Flying Circus if I could manage to stay up until midnight.

My mum would sometimes check in to see what was so interesting that I would stay up so late, and mostly left befuddled as the Pythons were not her cup of tea.

If I’m honest, I didn’t always get the jokes at that age, either. But my sense was that this was subversive in some way and that it would maybe make me smarter if I kept at it.

‘What the hell are you on about?’, you may be asking – whether or not you fancy the Flying Circus.

You may recall episode seven from season one, entitled ‘You’re No Fun Anymore’, most of which is taken up by the story of an alien blancmange who is turning everyone in England into Scotsmen. This results in most of England being vacated and a short bit where Eric Idle solemnly cheers on his now one-man football team, alone in the ground. The lone footballer and the referee kick the game off, a goal ensues and a bewildered Idle is left to wonder what the point of it all is. 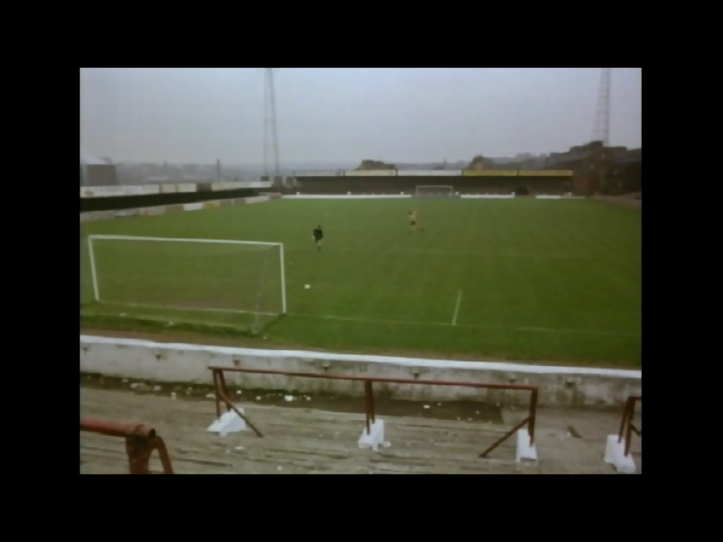 This is what I feel like when I watch United these days, and I’m not ashamed to admit it. In fact, I’m a little jealous of Idle’s lone supporter character because at least his team scores some goals occasionally, even if they are into the centre of an empty goal.

For his part, Van Gaal is tiring of the supporters chanting for attack, saying:

“Last season I said a lot of things about the fans and their support for us despite the results. But now the results are reasonable or may be very good and now there are times they shout ‘attack, attack, attack’ but we are attacking 70 per cent because we have the ball.”

Now, to be fair, we did generate more opportunities that we have of late in the West Ham match – but I, for one, do not equate possession with attacking intent.

The Dutch master goes on to say:

“Maybe they want more long balls, more activity in the 18-yard box, yes that is possible. But I think we don’t have the players to play with long balls. Then we have to play with Fellaini in a striker’s position and he is not a typical striker.

Then we have to buy other strikers and that is not our opinion.”

No, Louis, this is not what we want. No one said we wanted Route One football. But possession does not win matches, even if you shut out the other team. There is still only one point for a 0-0.

What we want, I believe, is fewer square or backwards balls and for our creative players to be allowed some license to create. Over the years, United supporters have had to give up 4-4-2 with flying wingers as the game has changed and European success was not likely to come unless we learned to close up shop a bit.

But what I don’t think many supporters want to compromise is seeing some flair, some guile and something to get you out of your seat. Attacking players must be allowed to try things without being scared shitless of losing possession. And simply put, this is how our attackers are playing.

With the likes of Rooney, Martial, Memphis, Mata, Herrera and more this team should not be struggling to score. Instead we are hearing rumblings of meeting after meeting, dogged tactical preparation and the most pragmatic of game plans.

There has to be a happy medium.

I’m not saying LVG has to go.

But what I am saying is that I hope the stubborn bastard lets the reins go just a little bit.

Because the league could be won this year if we could just score a few more. Hell, if it weren’t for all the nil-nils we’d have qualified for the knockout stages of the Champions League already, still be in the League Cup and be top of the table!

Come on, Louis. Let the lads play a bit. They might surprise you…