We’re back to South Asia this time on ROTW, with a trip to Pakistan. This extremely diverse land is home to close to 200 million people, where almost 20 languages are spoken and there is a very well organized group of supporters who host MUFC screenings in four major cities – Karachi, Islamabad, Lahore, and Peshawar – and sometimes more!

Our host this week is Syed, who hails from Peshawar and looks after the social media for the Supporters Club. Give him a follow @syedmuhdowais. He was kind enough to answer our questions and was keen to put in a good word for all the folks who help keep their club ticking! They are on Facebook and Twitter, of course.

I’m Syed Muhammad Owais, 22 years of age and I belong to Peshawar, Pakistan. I’m an official member of the supporters club and administrator of the Facebook page and Twitter handle.

I’m supporting United since 1998. I was recovering from a very long illness so didn’t have school and used to stay up late and watch football. I loved David Beckham and since he played for United I started watching matches at that time and have been a fan ever since.

It has to be Anthony Martial. When the deal was announced everyone in the media criticized the fee and termed him not good enough to justify that price tag. I defended him since that day and that goal against Liverpool was just superb.

Cristiano Ronaldo. Growing up and watching him go from a raw young talent to becoming the best player in the world and the way you just knew something was going to happen when he had the ball.

The comeback against City in the Community Shield from 2-0 down to winning 3-2 in 2011. We had a very young team and to come back was amazing, especially the equalizer which Nani scored from the 1-2 passes with Cleverley.

Have you ever been to Old Trafford or see the club live on tour?

Not yet. Plan to see them in action soon.

How do you typically watch MUFC matches? And If United kickoff at 15:00 in Manchester, what time is it in your country?

Before the fan club, I used to watch the match at home in my lounge. Ever since, our team arranges screenings in different cities (4-6 cities depending on the nature of the match). 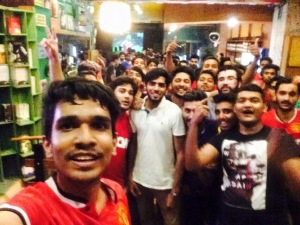 It’s the second most popular in the country. Cricket is the most popular sport here and then there’s our national sport hockey. Football is on the rise with our national team’s captain Kaleem Ullah plying his trade in the United States [with Sacramento Republic FC of the USL]. 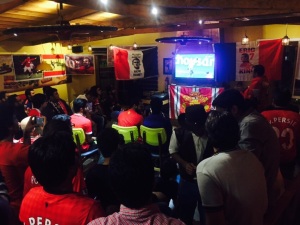 My heart says first, my mind says second. The Premier League is very unpredictable this time around with some freak results. We are still not the finished article and by the time we are, we will win the league. Whether that happens this season or next that remains to be seen.

Will MUFC win a trophy this season? If yes, which one(s)? 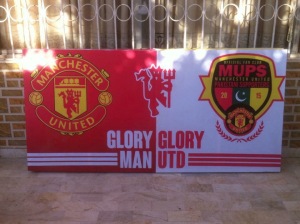